High-pressure steam for the finest cookware 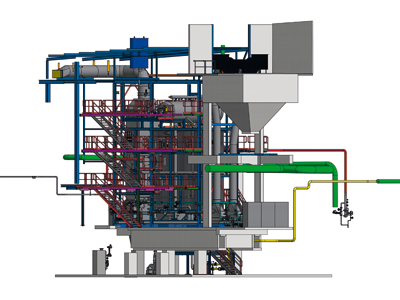 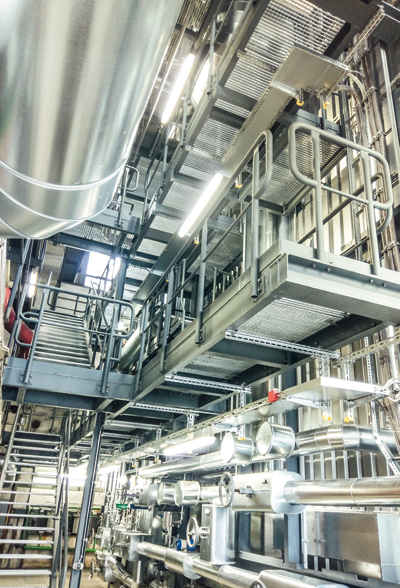 At its headquarters in Geislingen an der Steige, the WMF Group operates its own central power plant, which generates electricity and steam. The energy volumes produced ensure supply for production and development, marketing, testing and training areas, as well as administration and outlet areas on the campus. It is full steam ahead for M&P in the WMF project team on-site, working on a new steam boiler that should make the energy supply at the site future-proof.

In 1853, the metal goods factory ‘Straub & Schweizer’ begins operations in Geislingen an der Steige in Baden-Württemberg. And from the outset it is clear that the energy requirements of production cannot be satisfied with the supply from public grids alone. That is why, for more than 160 years, an in-house power plant has been generating not only heat (in the form of steam), but also electricity. In the early stages, this takes place in a water vapour cycle (steam drives turbines to produce electricity and then does its job heating the plant). According to the same basic principle, two central water tube boilers today provide steam to match requirements. The steam generates electricity in one of three steam turbines and then supplies the plant with process and space heat in the form of exhaust steam. Even if the process has remained the same: what began as boiler 1 with coal firing has now changed, through the use of heavy fuel oil, to the DK 8 and DK 9 boilers with combined firing of natural gas (standard fuel) and light heating oil (backup/emergency operation).

The fact that, after more than 160 years, only the ninth steam boiler has been installed is evidence of the targeted maintenance of the technology. Nevertheless, the DK 8 boiler is no longer fit for the future: built as a bricked water tube boiler with coal stoker firing and converted to the current fan-boosted firing, the aged boiler does not meet modern requirements in terms of efficiency, emissions, controllability and load behaviour. The counting wheel for the boiler numbers will turn a little further: steam boiler DK 8 with its output of 25 t/h is being replaced by a new water tube boiler with membrane walls, low-emission dual-fuel firing and the same steam output. And since the numbering of the boiler is decided, the project also has a name: steam boiler DK 10.

It is being built and put into operation with a vertical combustion chamber, standing heating gas flues and two-burner operation as ground firing during production. The M&P Group has been accompanying the project for more than two and a half years, from the specification of the boiler to technical support for the tendering procedure (boiler manufacturer as a technical contractor with turnkey handover) and support in the approval process.

Into the Champions League with steam boiler DK 10

Although the new German-made (Wulff & Umag from Husum) water tube boiler generates high-pressure steam at 450°C with state-of-the-art combustion technology (Walter Dreizler from Spaichingen), it is Champions League level in terms of efficiency, and remains significantly below the legal framework conditions for emissions, in line with WMF’s specifications – in continuous operation at all times. Together with the required flexibility in terms of changes in load, this means a boiler system has been created that can largely meet the transition in the energy markets today and tomorrow. In its future role as a lead boiler, DK 10 will provide a quantity of energy that is equivalent to supplying about 5,000 households with electricity and heat.

The pressure inside corresponds to a standing water column of approx. 500 m – at the required temperatures of over 450°C. The fact that the environmental impact is also reduced despite these extreme values adds the finishing touch to the overall image of an exemplary system: compared to the DK 8 boiler, which is due to be decommissioned, the harmful gas loads are reduced by more than 20%. And the reduced emission of harmful carbon dioxide is equivalent to the work of a mature deciduous forest of more than 800 ha.