M&P in the perpetual ice

The Alfred Wegener Institute for Polar and Marine Research in Bremerhaven (AWI) has been operating research stations in Antarctica since 1981. The first stations, Neumayer I and Neumayer II, were built as tube constructions which gradually “sank” into the ice shelf and collapsed.

M&P was part of the team of planners that was to design a new station, one which could stand on the ice and adjust to the increasing depth of the snow. Our task was to plan the overall building technology for the station: M&P developed an overall package, including the production of drinking water, electrical power and heating, as well as a professional kitchen and medical station, and even the disposal of the biologically cleansed wastewater. When the closest neighbour is several hundred kilometres away, the temperature outside can sink to approx. – 43 °C, and the wind velocity often far exceeds 200 km/h, reliability of the planned technology takes on an entirely new dimension. After all, the next service providers are not exactly around the corner. 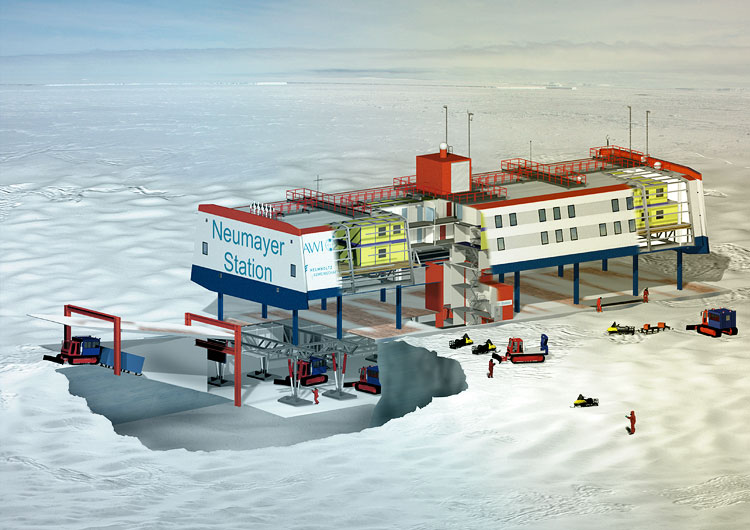 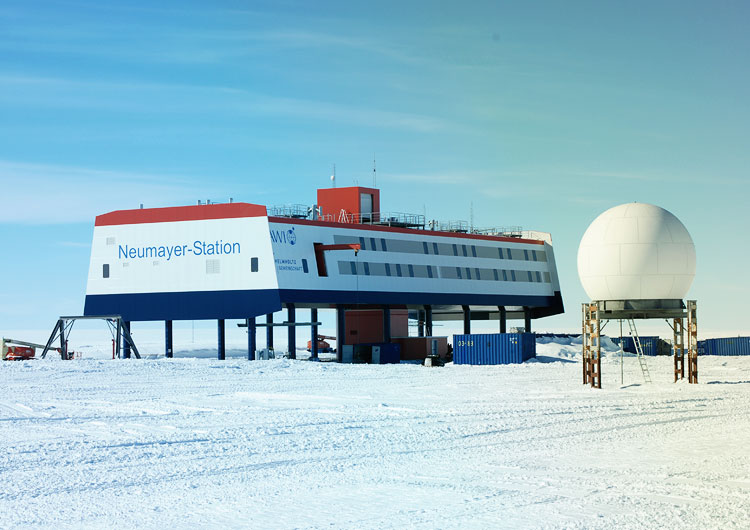 In 2006, the Indian government decided to build its third Bharati Polar Station in Antarctica. The Braunschweig engineers of M&P received the commission to plan the entire building and energy technology for the facility and to provide support for the overall construction process. Later the engineering contract was broadened to include maintenance as well. In addition to laboratories and computer rooms, the polar station also includes a lounge with a bar and a view of the Antarctic Ocean, a sauna, a movie theatre, and even a medical station suitable for surgery. The technology from M&P ensures that sufficient power and water are available for all of the rooms, and that the rooms are the right temperature. A fresh air system with heat recovery, a desalination plant, a mobile unit for melting snow for emergencies, three thermal power stations run with kerosene, and an emergency power system must be monitored, maintained, and restored after severe Arctic winters. 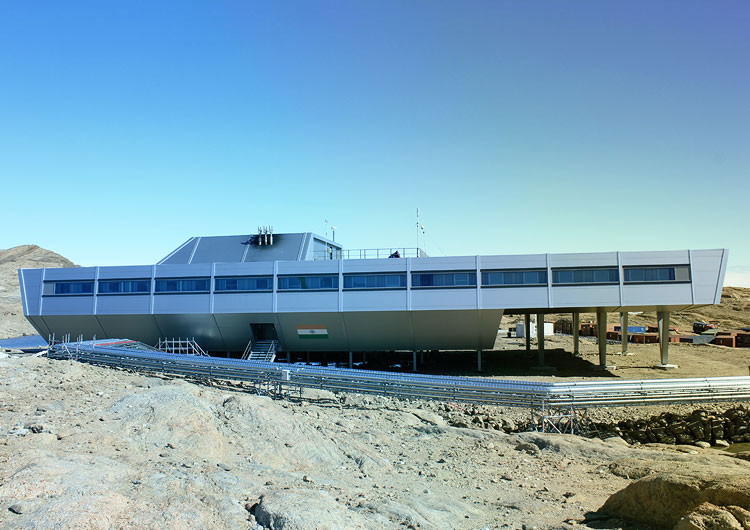 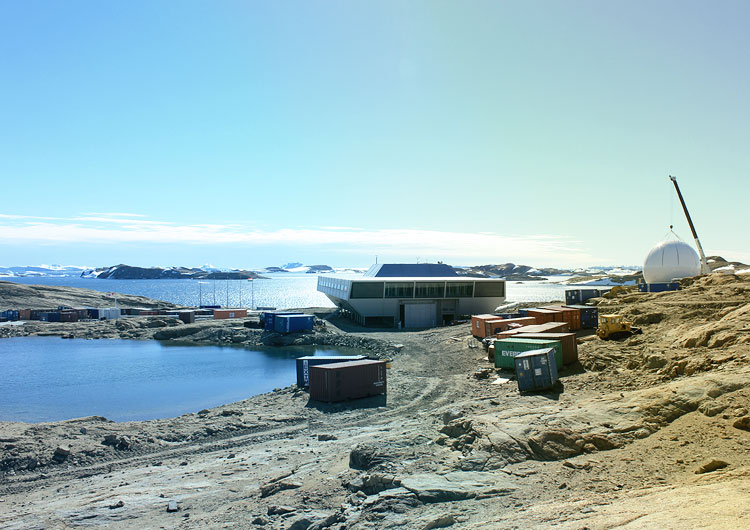 Since 1983, the German Federal Institute for Geosciences and Natural Resources has also been operating a research system in Antarctica, one which only has to be put into operation every few years for campaigns. The station was to be evaluated as part of a feasibility study, with various concepts ranging from a drastically reduced refurbishment to partial new construction for the station. M&P was part of the team of planners who worked on carrying out the feasibility study for the technical building equipment. To make it possible to put together a detailed picture of the tasks that were necessary and could be carried out, an on-site assessment was carried out. Our part of this was to evaluate the overall building technology for the station, so that the most economically alternatives could be developed. Beginning with production of drinking water, heating and electrical power, and also including the installation of a kitchen and the disposal of biologically cleansed wastewater, M&P developed a complete package. Very helpful for this development was the close proximity to the planned Jang Bogo Station and the Mario Zucchelli Station.

Since 1991, in collaboration with the German Federal Agency for Cartography and Geodesy (BKG), the German Aerospace Center has been operating the GARS O’Higgins German Antarctic Receiving Station, which has been used as a year-round station since 2010. The station was to be evaluated as part of a detailed on-site assessment. M&P was commissioned to carry out the assessment and evaluation for the technical building equipment. To make it possible for us to put together a detailed picture of the tasks that were necessary and could be conducted, we conducted an on-site survey that lasted more than four weeks. Very helpful for the development of various options here was the close proximity to the General Bernardo O’Higgins Station.