The scope of services of M&P

A polished approach to airport cleaning: in 2019, the M&P team was commissioned as a subcontractor of Lufthansa Consulting GmbH to analyse and evaluate the cleaning services at the airport in Erbil.

The airport in Erbil was built between 2003 and 2010 on the former military airfield of the Iraqi government. It is administered by the Kurdish regional government. The initial expansion, which opened in 2005, helped the airport to be listed by the International Civil Aviation Organization and to obtain an ICAO code. In order to comply with international standards for passenger air traffic and to obtain an IATA code, elaborate measures for new construction and expansions were carried out at a total cost of 550 million US dollars. Among other things, those responsible built a new 72,000 m² terminal building, which is larger than ten football pitches. An additional runway was also built, which, at a length of 4,800 m, is one of the longest in the world. In 2010, Erbil International Airport (EIA) was opened. Since then, more buildings have been built. The number of take-offs and landings had doubled by 2018, with the annual passenger volume more than tripled.

In addition to the structural requirements for an international airport, there are also high standards for cleanliness and hygiene. The desert climate in Erbil requires more intense cleaning cycles: constantly swirling sand dirties the glass facades and is carried into the airport buildings by passengers and airport employees.

At the same time as the opening of the EIA, an international company from Dubai was commissioned with the cleaning of airport surfaces. The contractually agreed service includes the cleaning of the more than 60 airport buildings (including glass and facade cleaning), as well as the outdoor areas, including access roads, car parks and flight-side outdoor facilities (including the runway, apron and taxiways). The cleaning company supplied around 400 staff members for the provision of the services and accommodated them on the airport grounds 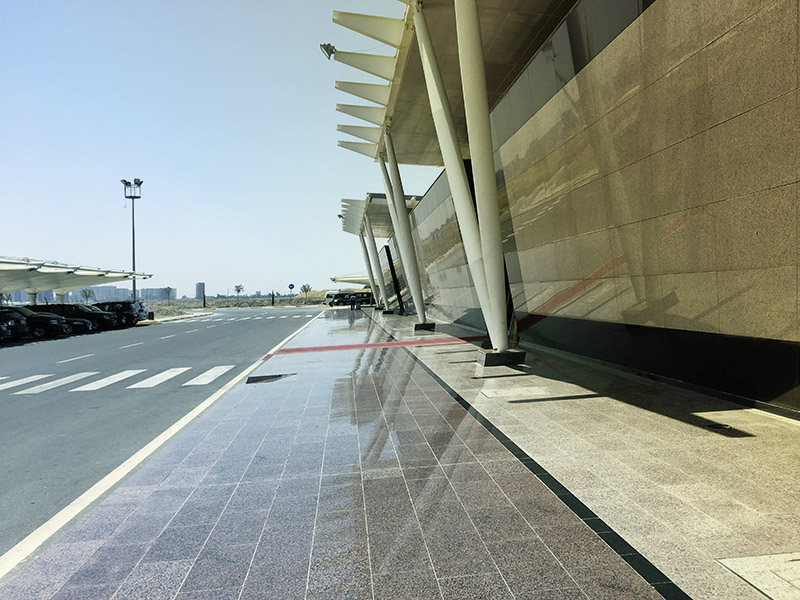 The cleaning contract is now expiring after ten years. The airport management is faced with the decision of whether to retender the services or to extend the contract with the existing service provider. At this stage, M&P was commissioned by the long-standing airport consultant Lufthansa Consulting GmbH to analyse the contractually owed cleaning services and to compare them with the service provided on-site. The costs and services were also to be analysed and key figures used for benchmarking. In the final step, M&P presented the results in a report with potential for optimisation and recommendations for action as a template for the decision making. For this purpose, interviews with senior airport staff and employees of the cleaning company, as well as inspections, were carried out on-site – all in English, of course.

Provided that the political and military situation around Erbil and throughout Iraq calms down, M&P has already been promised a follow-up project advising on the redesign of the cleaning contract or the implementation of an international cleaning tender.